This is a follow-up to my post How to Get a YouTube Channel’s RSS Feed. I actually stumbled onto this by accident (by clicking on the red SUBSCRIPTIONS link in the left-hand menu it would seem). You need to go to https://www.youtube.com/subscription_manager on YouTube and at the bottom you will see Export to RSS readers with an Export subscriptions button on the right. After clicking the button it will download a XML file to your system. 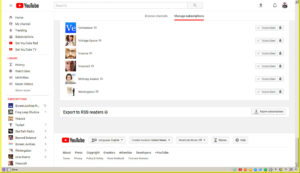 Next, if you happen to be using Feedly, you can now import all of your YouTube RSS feeds at once by going to the Organize Sources section which should be at https://feedly.com/i/organize and clicking the Import OPML button on the top-right and selecting the XML file you just downloaded from YouTube. There you go! 🙂 Other RSS readers should have a similar import mechanism. Hope this helped someone.

I was trying to add a new YouTube feed into Feedly and noticed that what Feedly was seeing was not matching what my browser saw. In fact, the newest post Feedly displayed was 297 days old. The specific feed in this case was the one for Mike Zeroh’s YouTube Channel whose most recent videos have been about Star Wars and theories concerning the latest movies.

In this instance, the feed URL I was using was: 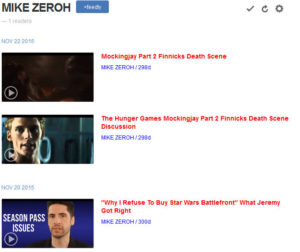 As you can see, the newest video it sees is from November 2015 even though I could see the most recent ones when previewing the feed in Firefox before adding it to Feedly.

After doing some research, I found someone with the same issue and a workaround: Problem with a Youtube feed not updating. It turns out, you just need to add an extra query parameter to the end of the URL to force Feedly to see the latest posts. So, I modified the URL to:

to the end which did the trick! This was just the first thing that came into my head LOL. 🙂

Subsequently, while writing this post, I also realized that the following feed URL also works for his channel:

Anyway, hope this helps someone who runs across something similar with Feedly! 🙂

Well, I was trying add the PBS Space Time YouTube channel’s RSS feed to my reader like I’ve done with other channels in the past; however, the browser was never detecting the feed and it has seemed problematic with YouTube for sometime. Actually, when I examined the source code, I could not find any reference to a feed for the browser to detect.  So, here’s what I did.

I found a working feed which had a URL like:

so the complete URL would be:

You can find the channel id by looking at the address bar in your browser when looking a the channel’s home. Example: 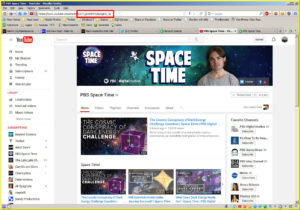 It worked! Hope this helps someone. 🙂

Update September 18, 2016: You can also use the user name that shows in the address bar if it doesn’t have a channel ID. Use user=username to specify the RSS feed. In this case a URL would be like:

Update April 4, 2017: I found out from here that for a YouTube playlist, use playlist_id. So, for my music video playlist, the URL would be:

Update September 5, 2017: Check out my new post: How to Get RSS Feeds For All Your YouTube Subscriptions that describes how to import all your YouTube subscription RSS feeds at once. 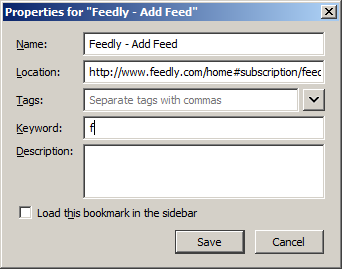 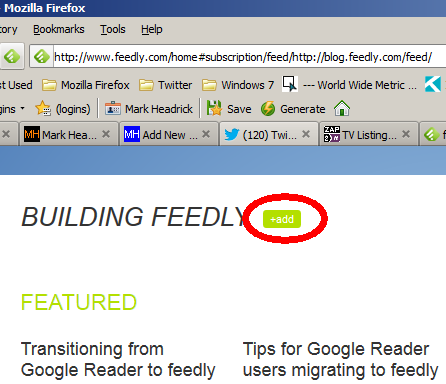